Just ahead of CES2018, Zhiyun Tech have announced a new DSLR gimbal, The Zhiyun Crane Plus (or Crane+). A new handheld gimbal stabiliser aimed at videographers, who use DSLRs and mirrorless cameras.

“Crane Plus is an intelligent 3-axis camera stabilizer which has for the first time integrated AI technology into its functions.”

Zhiyun don’t go into details about how AI is used in the gimbal, but hopefully all will become clear when we get our hands on one.

This seems as something as a surprise to me, and probably to a lot of their loyal customers too, considering the Crane 2 was only released a few months ago. It wasn’t to the liking of many Zhiyun Crane 2 owners, and they were quite vocal about it on social media.

As you would guess, there are some differences between the two products.

The Crane Plus has a rated payload of 2.5kgs or 5.5lbs. This is slightly less than the payload of the Crane 2, which is 3.2kgs. Although the algorithm used to power the motors on both models is 6th generation Instune Algorithm System.

An obvious physical difference is that the Crane Plus is missing the focus wheel that delighted so many users when the Crane 2 was announced. The OLED screen is also missing. This puts the Crane Plus more in line with the

than the newer Crane 2.

Overall I would say this new gimbal sits between the old Crane v2 and the newer Crane 2.

Judging from the features announced on twitter the last few days it’s clear that Zhiyun are focusing on adding functionality through their smartphone app, ZY Play. (See link at bottom of page).

Based on its self-developed phone APP, ZY Play, it brings various new intelligent features like – SmartFollow, NightLapse, MotionMemory, and a new POV mode.

Unforunately, in both app stores the app gets terrible reviews, Even though it is a new version. Below are the ratings for the Android app:

Crane Plus supports object-tracking via phone app control (specific operation methods seen in the official tutorial:). Draw a box around the object you want to track on the phone screen, then your Crane Plus can easily track the moving object and shoot excellent scenes free hands.

Using the new MotionMemory feature with Zhiyun Crane Plus allows you to setup advanced camera movements and save them so Crane Plus will remember them for the future. It will even remember all of your timelapse settings like the interval, number of shots, duration, and more! Now, with a simple click of a button you can repeat the same moving shots over and over again. It’s like having your very own camera assistant everywhere you go!

NightLapse A powerful new tool for creating gorgeous, long-exposure timelapses that add in a new dimension of motion and depth. 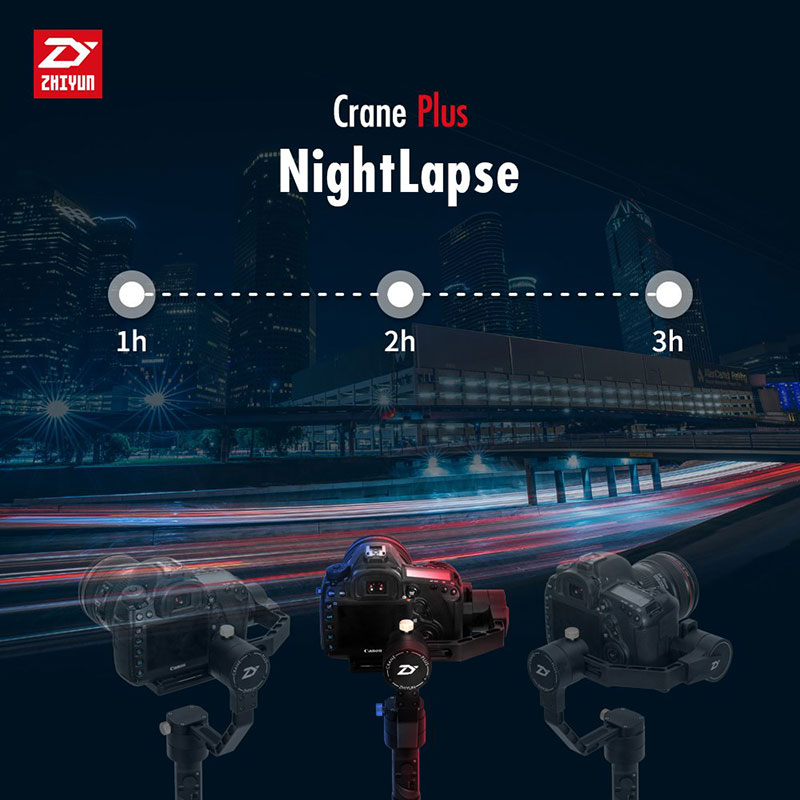 The Zhiyun Crane Plus comes with a camera control cable that can realize synchronous operation on both your camera and stabilizer like taking a photo or zooming.

I’m not sure I would call it “All In One”, but it means you can control the camera through the smartphone app. 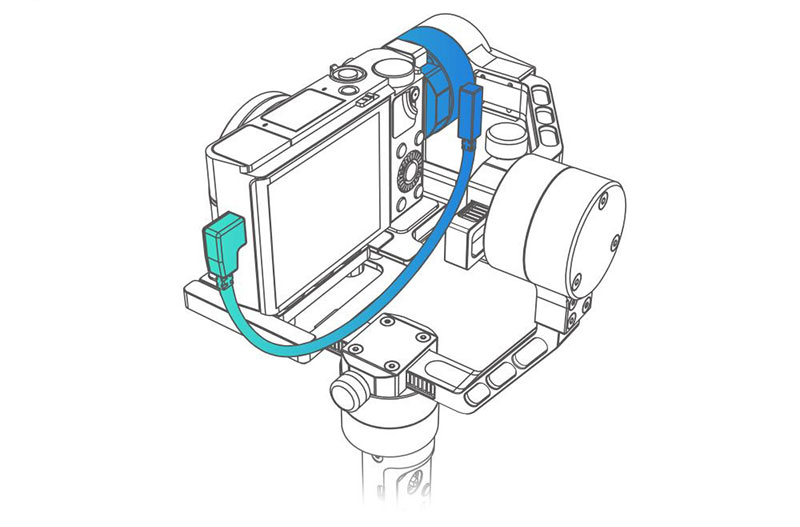 Included with each purchase is a whole lineup of accessories so you can get right to filming the moment you receive your Crane Plus. We include everything you need: Anti-Slip sweatband (for extended use) Camera Cables for Controlling and Charging Your Compatible Camera Aluminum tripod for setting your Crane Plus down and using as an extended gri.