If you log on to Google and search “GoPro gimbal”, only one product name pops up, and it’s “Karma”. The GoPro Karma Grip is the most popular gimbal on the market, largely due to its official affiliation with the GoPro brand.

Being listed on the GoPro website makes it the first choice for shoppers who don’t enjoy spending their afternoon reviewing tech product alternatives. As with most officially licensed products, the Karma grip plays nice with the GoPro, but does it warrant it’s $300 price tag? And does being made by GoPro make it the best GoPro Gimbal in 2017? Read on to find out. 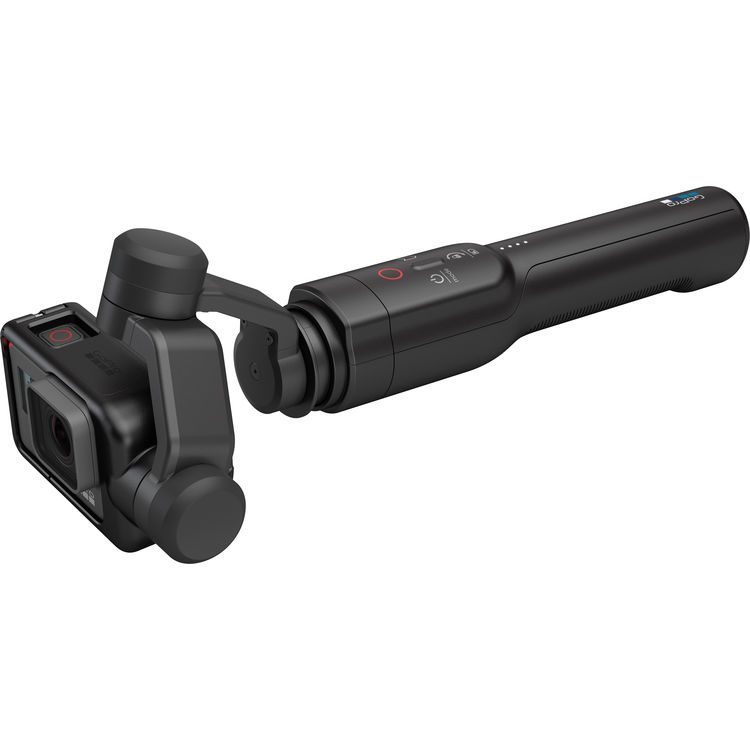 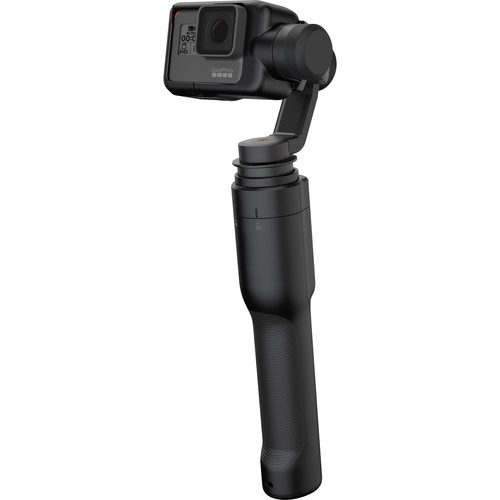 The Karma grip features USB-C charging to help charge up its internal battery. It’s worth noting the battery isn’t removable and GoPro rates its life at 1 hour 45 minutes, so make sure it’s fully charged before you head out. Due to the USB-C, the grip can be fully charged in under two hours when using the included charger. Connecting the USB-C cable with the camera attached to the Karma allows you to transfer video out to your PC, and will charge the GoPro and Karma grip at the same time. While almost all gimbals feature buttons that control the gimbal itself, the Karma Grip also has buttons that allow you to control features of the camera.

Ease of use might be the Karma grips main selling point. There are only a few buttons, and they all control relatively straightforward features. The Karma Grip can also accommodate a $30 clamp that allows you to attach it to any standard GoPro mount. Being able to use the grip hands-free is a nice feature, though not exactly exclusive to the Karma line. Controlling your shots is simple here, with the gimbals shift button controlling vertical tilt only. It’s nice to stop worrying about handling the camera, and just focus on capturing scenes.

The GoPro Karma Grip doesn’t require much messing around. Part of its simplicity is the way in which it interacts with the GoPro camera so easily. Being able to leave your camera in the gimbal, and plug that into your computer or wall charger is a great time-saver. The simple control scheme dials back the intimidation factor, allowing anyone to jump right into the gimbal scene and start filming. Aesthetically, the Karma grip is simple and appealing, with a flat surface that looks more like a tool than tech.

Here’s a helpful video demo by Abe Kislevitz, to compare the footage from a normal head mounted GoPro, and footage from the GoPro in the Karma Grip.

We mentioned it already, but the lack of a removable battery is a big bummer. While it’s true the gimbal charges quickly (with the official charger, so pack that too) if you forget to charge the gimbal you won’t be able to swap out the battery for a spare to keep your adventure going. Also, what happens if there’s a battery malfunction? Sending it back for repairs isn’t the most exciting option, and only applies if the device is under warranty. Another big drawback is the lack of a panning feature. Feel free to jerk the camera up and down, but try not to swing from left to right too sharply or you might be in trouble.

The GoPro Karma grip is sort of polarizing. While some people will certainly appreciate the ease of use, other will find themselves yearning for more options. At $300, it’s hard to say that the Karma is a great value, even when stacked against the more expensive REMOVU S1. Beauty is in the eye of the beholder, and at the end of the day, you’ll have to decide whether you prefer ease of use or a plethora of capabilities.

Not sure what Gimbal you should get? Check out our Gimbal Buyer’s Guide for our recommendation.